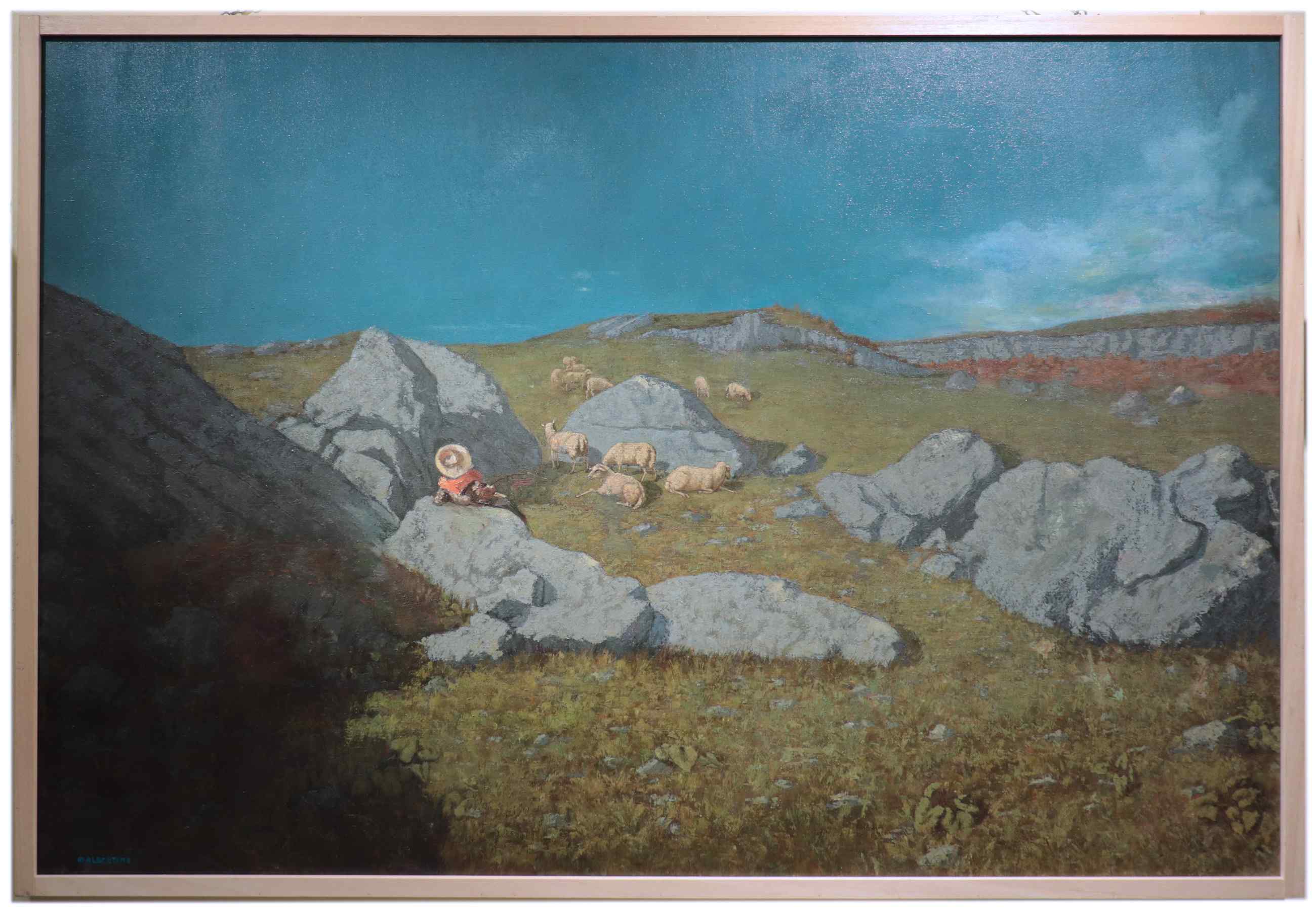 Albertini Oreste (1887-1953) - Landscape with farmer and animals
LARGE OIL PAINTING ON CANVAS SIGNED BOTTOM LEFT
Canvas dimensions: 180x130cm
Oreste Albertini was born in Torre del Mangano, near Pavia in 1887. He began his artistic training at the Civic School of Painting following the courses of Pietro Michis, only to interrupt her at the age of 13 to help Cesare Maroni in the frescoes for the church of Besano. In 1910 he resumed his studies in Milan, enrolling in the Umanitaria Professional Decoration School under the guidance of Luigi Rossi. He carried out various professions, painter, mechanic and worker - until 1921 when, at the suggestion of his wife Rosa, he devoted himself completely to painting. In Besano, near Varese, the merchant Giuseppe Zecchi oversaw the sale of his works. Albertini also began to participate in prestigious events, such as the National Exhibition at the Permanente di Milano in 1923, and in numerous solo and group exhibitions. In the 1930s he achieved notoriety by exhibiting in the Galleries of Lino Pesaro, Salvetti and Ettore Gian Ferrari. While participating in the Milanese artistic life, he never left his beloved mountains where he painted en plein air. Pacifist and anti-fascist did not take part in World War II in any way, taking refuge in Besano and distancing himself from artists close to the regime, such as the representatives of the Novecento Group. Instead, he followed painters such as Previati, Pellizza da Volpedo, Grubicy, Segantini and Fornara, whose works reflected a profound sensitivity and poetic vein. He always rejected the definition of a pointillist artist, since he believed he was translating into painting what nature suggested using the same combinations, without resorting to any chromatic decomposition. He died on 7 July 1953 in Besano.