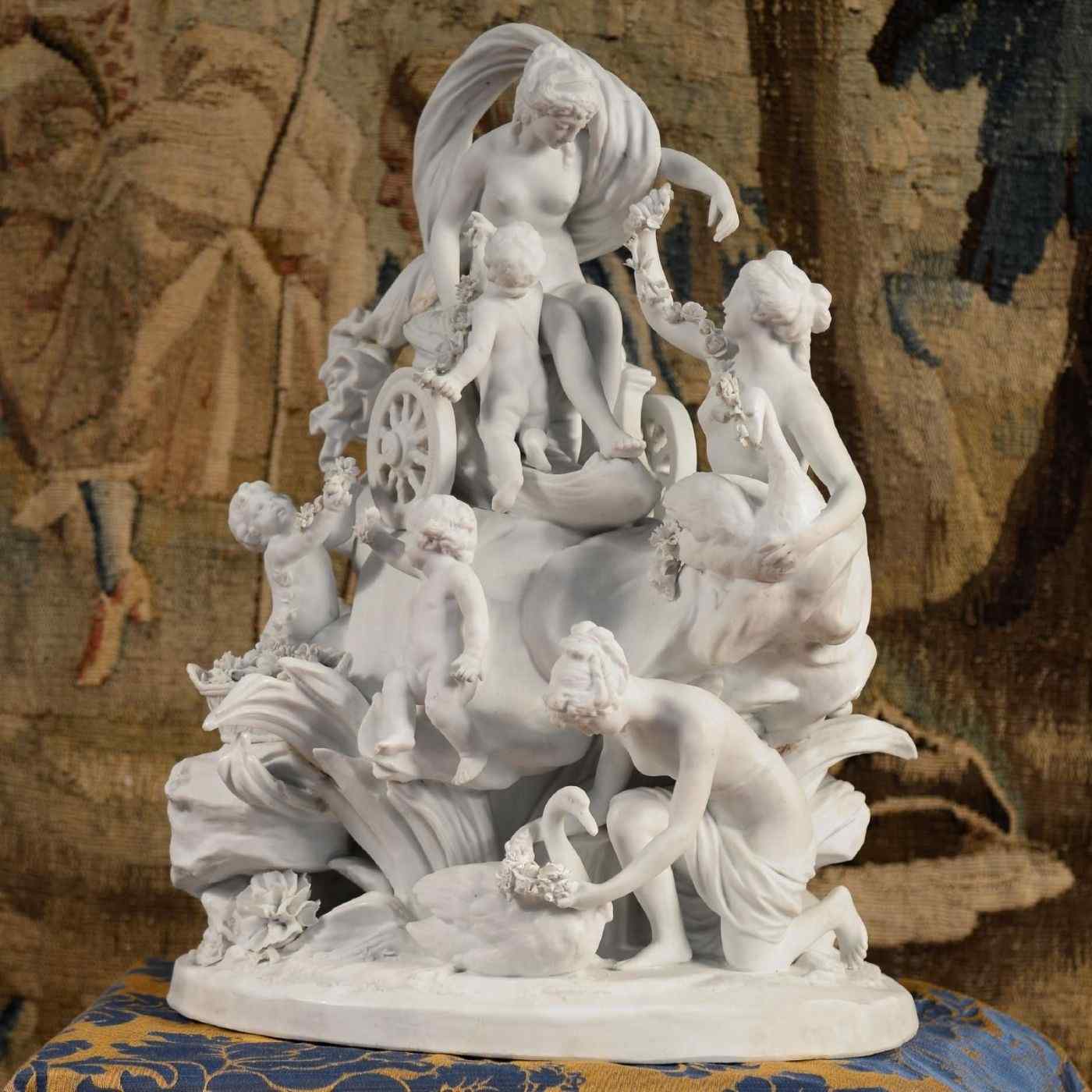 Important sculptural group in biscuit porcelain of Sèvres, sculpted in the round and triumphant of the figure of the goddess Aphrodite on the chariot, surrounded by cupids, garlands and baskets of flowers, swans and figures of beautiful Nereids. The scene reproduced comes from mythology and tells us about the moment when the goddess is taken to heaven in the reign of Zeus.

Signature on the terrace, apocryphal mark of Sèvres on the base.
Sèvres late eighteenth century, beginning of XIX century, height 57 cm.
Collection to Paris.

The goddess Aphrodite: His powers are immense: goddess kind, it protects marriages, promotes the love agreement of spouses, fertile homes, presides over births. It also fertilizes the fields. But she can also be a formidable deity, for she very often symbolizes the passion that nothing stops, that makes those whom she wants to lose mad with love; it ravages even the legitimate unions, pushes the spouses to adultery, favors the fecundity of the illegitimate loves and incites the mortals to all the voluptuousnesses and all the vices. Aphrodite then becomes a fatal goddess, whose magical belt gives the girder a strange power of perpetual desires.
However, this formidable character really only appears in the Venus of the Romans, identified with Aphrodite. Fruits with many pips, symbol of the fertile force, such as pomegranate, poppy, apple, are usually consecrated. Among the birds that drag its chariot or surround it, we can mention the dove, the swan, the pigeon, emblems of conjugal fidelity.
Aphrodite is generally depicted, nude or half-dressed, in voluptuous poses, draped in a thin veil that molds the full and harmonious forms of her body. By this character of sensuality, she is often likened to the Eastern Phoenician goddess Astarte.

Joining the sculpture will be issued its certificate of authenticity with all the images of the article.

All items in the category: Biscuits