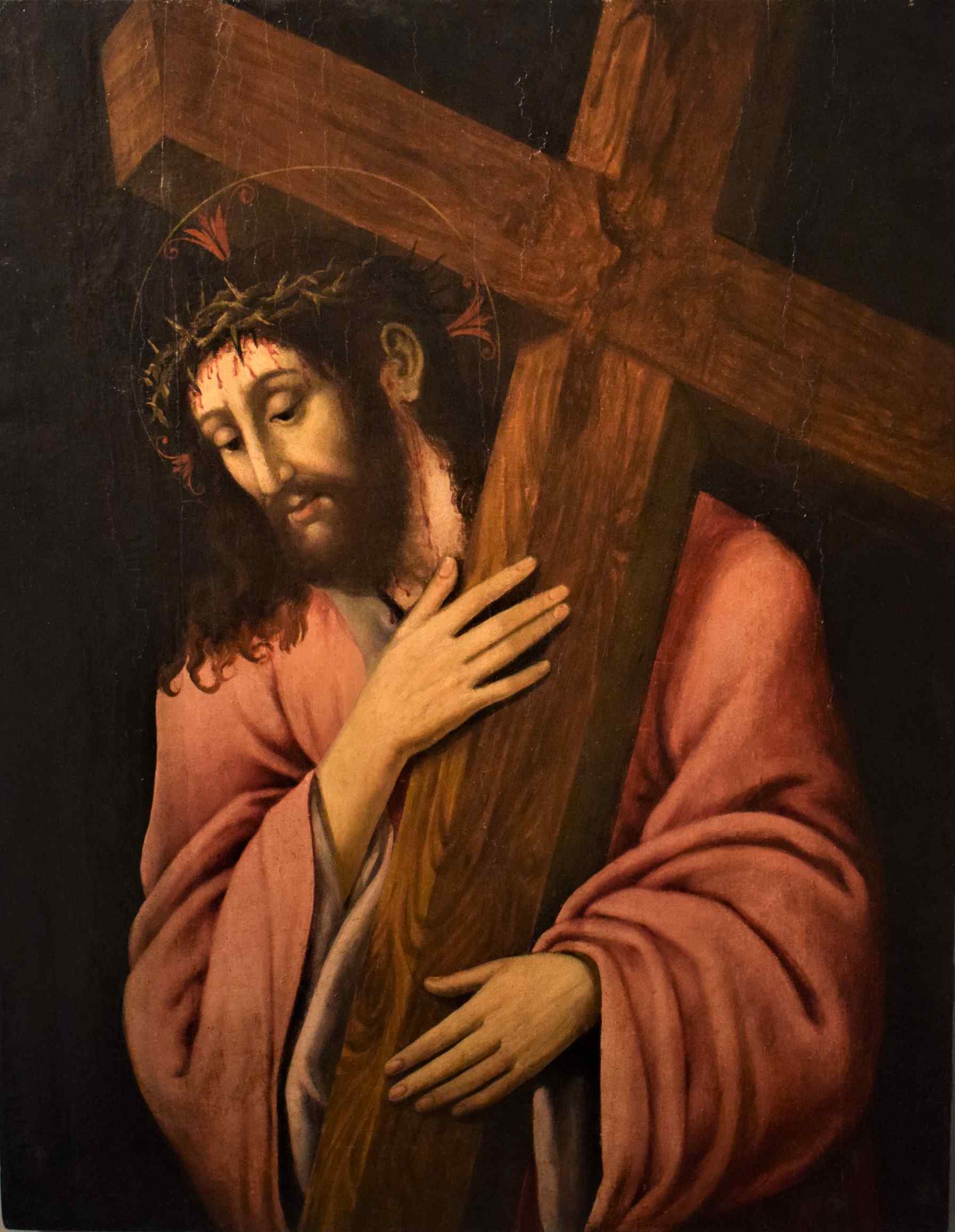 Important large-scale sixteenth-century panel depicting the "Christ carrying the cross". The exquisite workmanship, which stands out for the maximum elegance of the figure and for the chromatic balance, is unequivocally to be included in the most refined Lombard production of the early Renaissance. Lombard painting of the 1500s, with the arrival of Leonardo and Bramante, reached absolute heights in the Italian and European artistic panorama, imbued with an esoteric aura partly drawn from Da Vinci and partly of Nordic influence. Observing the table in question, one is struck by the stylistic perfection of the position of Christ and by the soft movements of the drapery, as well as by the magnificent colors that remained alive and rusted. The work is in excellent condition and has been professionally parked. Measures 90 x 75 Period early 16th century Oil on board Certificate of authenticity FIMA CINOA All photographic details on www.antichitaischia.it paintings section