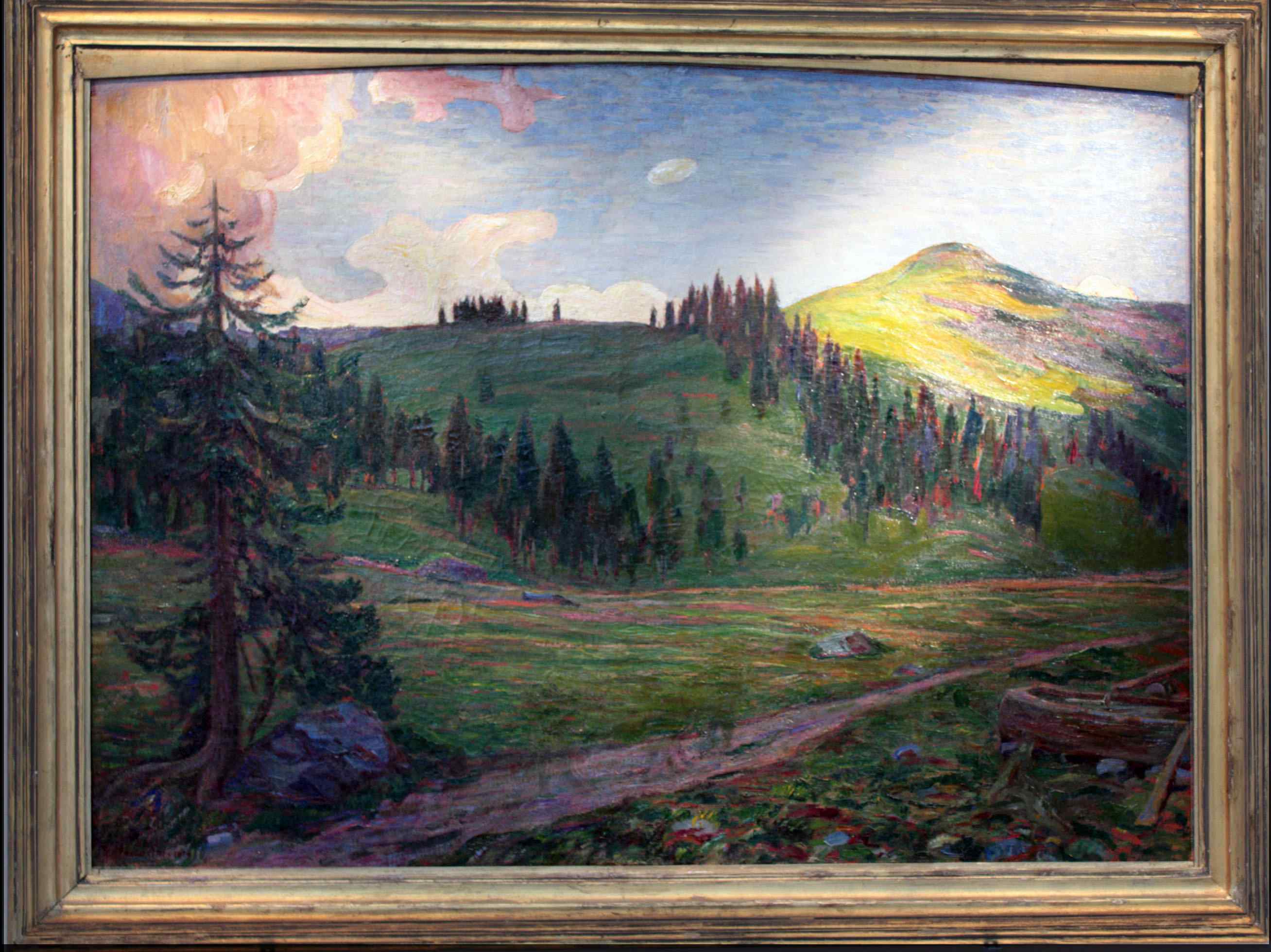 He lived and worked in Milan. She studied at the Brera Academy. Awarded for design and painting, he won awards in 1896 and 1897 when he first participated in Brera exhibitions. In 1900, the Academy nominated him as "Honorary Member" and later became a member of the permanent painting committee. In the early years of the century he moved to Paris where he studied the painting of the great masters of the past and followed the new pictorial tendencies that advanced in the climate of general renewal. The influences of themes such as symbolism, divisionism, are found in his paintings of the first decades of the twentieth century. The great paintings "The Dream" 1909, "The Visitor" 1909, "The Ballata Antica" 1916 and the great alpine landscapes belong to this period, where the tripartition of horizons, divisionism, the skies leading to infinity, visual perception bring Puvis Chevannes, Hodler and Segantini are reminiscent. Mascarini loves the mountain and during summer stays the beautiful Val Bregaglia is the scenery of many landscapes he represents. But there is not only the landscape picture for Mascarini but also that of figure because nature and humanity are in him two equally living terms, both of which are inspirational generators. In his figure pictures prefer to observe rather than interpret arbitrarily, to stay as close as possible to the subject rather than to load it with extreme meanings. His brushstrokes, the strength of design and warmth always suggest a serene and familiar calm, a warm tone of unity, a measure, a lively and spontaneous impetus.