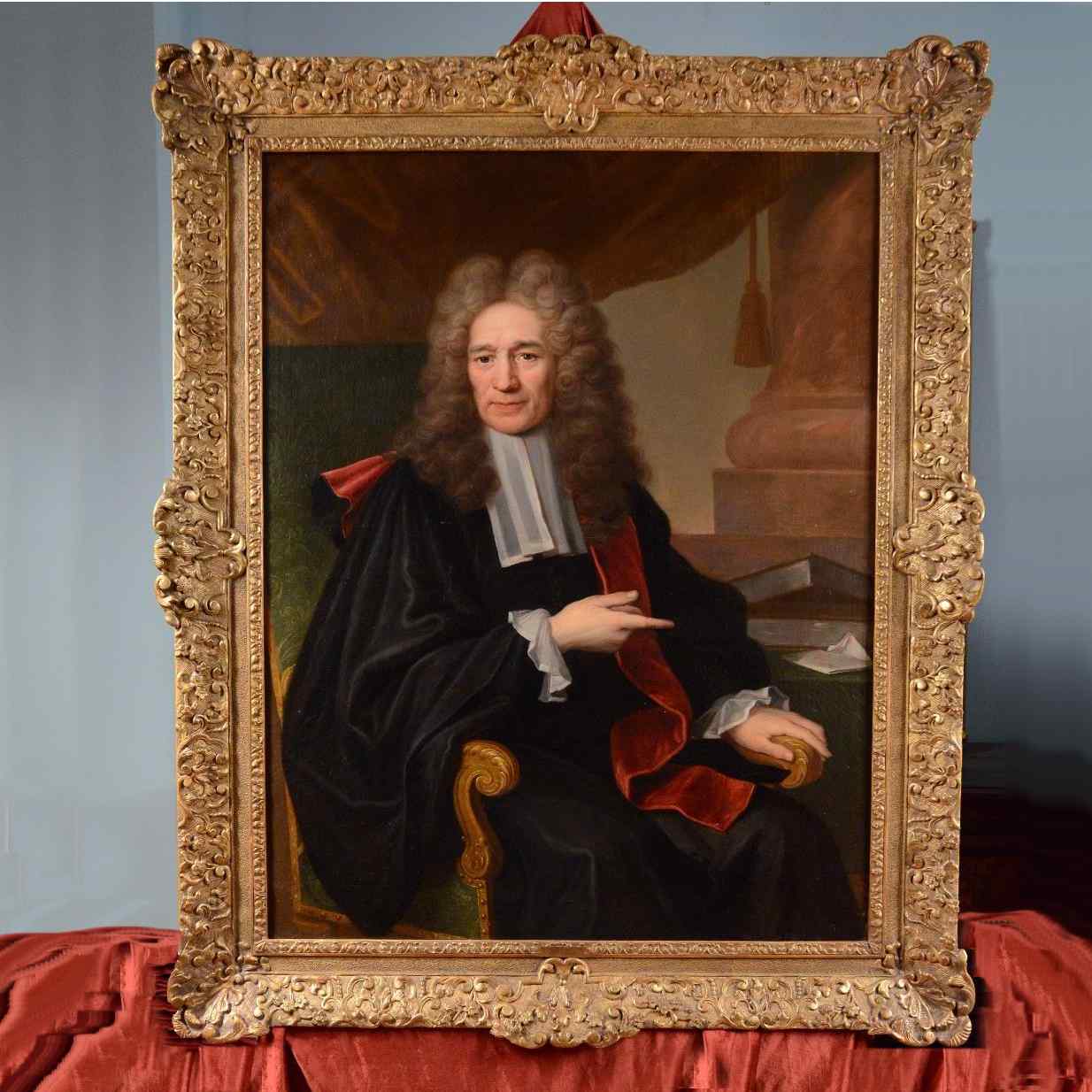 Great portrait of a magistrate, sitting on a green velvet regiment armchair and dressed in a long black lace with white lace sleeves and ribbed with a red shawl symbol of his high magistrate charge. Full-length portrait, inside his cabinet, in the background an ancient corinthian column, symbol of man's strength, force through the law.

Oil on canvas Period from the first half of the eighteenth century to 1739
Epoch Louis XV Atelier by Hyacinthe RIGAUD 1659 - 1743
Wood frame and golden stucco with gold leaf.
Provenance: Provence residence in Provence
Measurements: Height 147 cm X Width 118 cm
Restoration of the sole cleaning of the pictorial.
Certificate of Origin and Historical Authenticity.

Hyacinthe RIGAUD:
Perpignan, July 20, 1659 - Paris, December 27, 1743), was a French painter of Catalan origin. He was born in Perpignan, a city that passed from Spain to France a few months after his birth, following the Treaty of Pyrénées (November 7, 1659). In 1682 he won the prestigious Prix de Rome, a scholarship that allowed him to stay at the Academy of France in Rome.

He became the most important portraitist of Louis XIV's court: his skill in delivering impressive and great presentations posed the favor of the royal family, ambassadors, church men, courtiers, and great businessmen who came to he. His portraits are now widely appreciated as a source for the history of costume and fashion, since in addition to their physiognomic similarity, they are able to make details of their clothes and furnishings.

The most famous work of Rigaud is the official portrait of King Louis XIV (1701), kept at the Louvre Museum in Paris (a copy made by the artist at the request of the sovereign at the Palace of Versailles).
In 1709 he became part of the nobility of his hometown, Perpignan, and in 1727 was named Knight of the Order of St. Michael. He died in Paris on 27 December 1743.