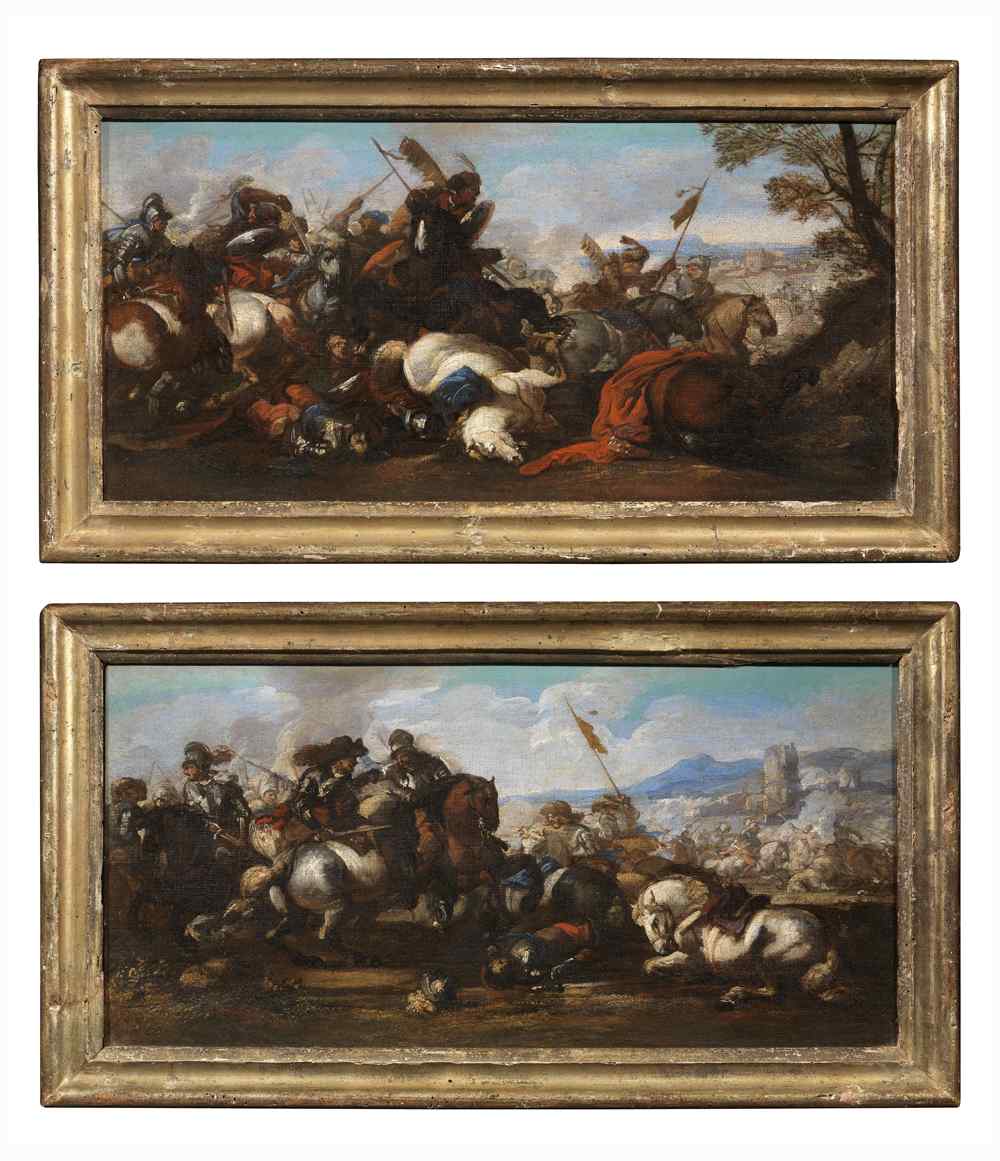 Nicknamed the Burgundian of battles , came from the French region of Franche-Comtè, which at the time belonged to Spain. He had his first painting lessons from his father Jean Courtois. In 1636 in Milan, he enlisted in the Spanish army and remained there until 1639; then, having a great predisposition for painting, he began to paint changing masters as the city in which he found himself changed. He studied in Bologna at Jérome Colomès, worked with Guido Reni and Francesco Albani and in Florence with Jan Asselyn, a Dutch painter specialized in battle scenes. In Verona, Florence and Venice he painted works of various kinds. Arriving in Rome in 1640, he had the opportunity to see in the Vatican the "Battle of Constantine", painted by Giulio Romano, This work, which he liked very much, and the years spent in the service of the Spanish army led him to specialize in the genre of battles, becoming famous for his way of expressing himself and coloring "surprisingly true". He later moved to Siena, where he married in 1647 with the daughter of a Florentine painter, of whom he was extremely jealous. Upon her sudden death in 1654, he was accused of poisoning her. So he retired to the Fathers of the Society of Jesus and later became a Jesuit. Returning to Rome, he lived in the novitiate of S. Andrea in Monte Cavallo and at the Casa dei Gesuiti. One of the first achievements of this period was the series of six battles "won through the intercession of the Virgin Mary" which are located in the primary chapel of the Roman college. He also contributed to the wall decoration of the corridors of the apartments of Sant'Ignazio (the professed house of Jesus). He also taught school: the French painter Joseph Parrocel was his pupil. In 1672, at the request of the Superior General, he prepared the sketches for the decoration of the apse of the Church of Jesus, but was unable to complete the work due to the decline of his health. He died in Rome on November 14, 1676. His brother Guglielmo (Guillaume Courtois) was also a painter of good name. Today the works of Jacques Courtois are found in the major museums of the world, the Louvre in Paris, the Uffizi Gallery and Pitti Palace in Florence, the Prado in Madrid, the Hermitage Museum in St. Petersburg, etc ... Gian Lorenzo Bernini so he commented: "Among the painters of that time in Europe, no one has equaled Courtois in the graphic expression of the horror of the battle" (Salvagnini, FA, The Burgundian painters, Cortese, Rome, 1937, p. 185).

All items in the category: Scenes of Genre antique painting