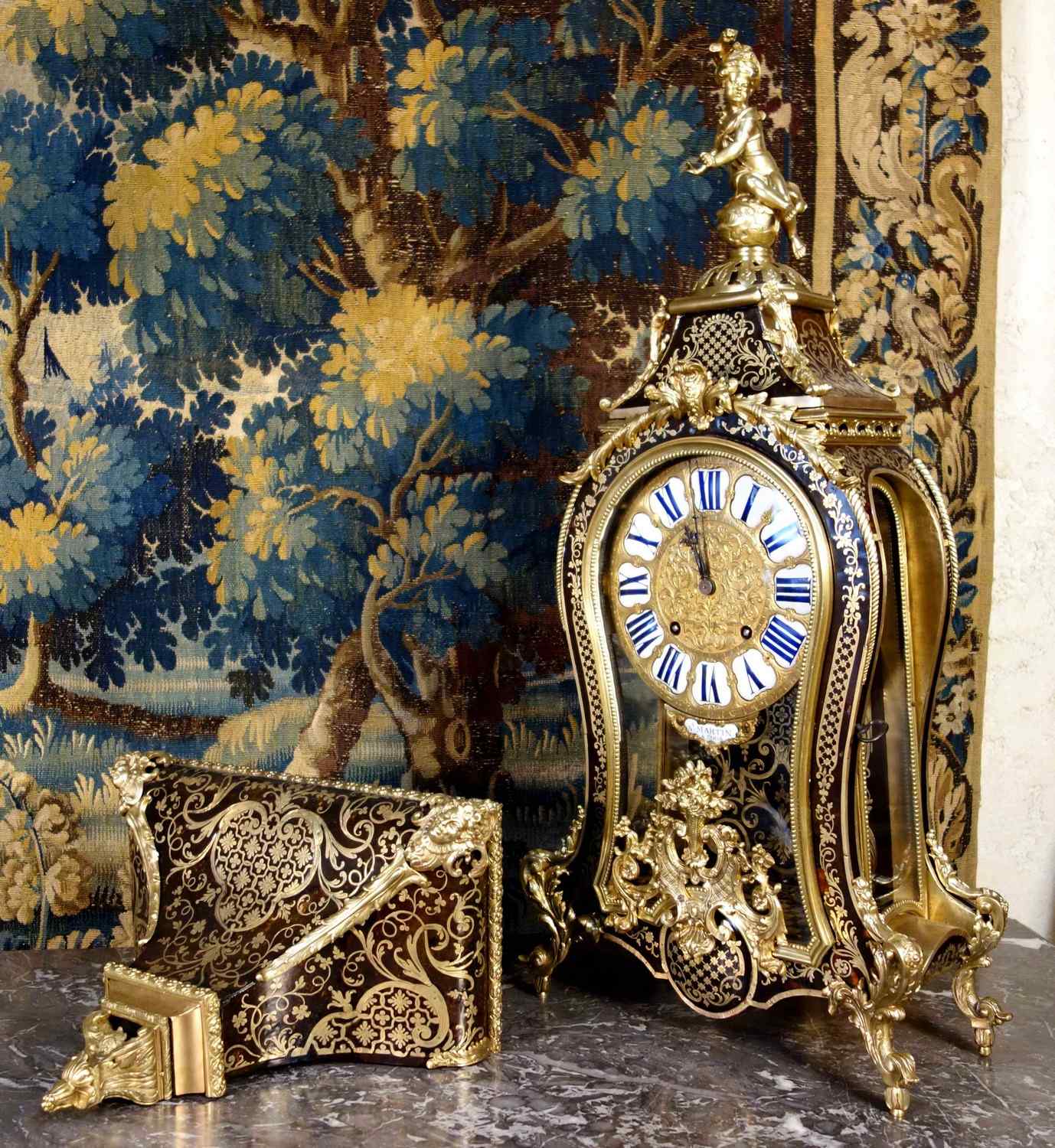 Cartel in violin shape and its console in marquetry of brown tortoiseshell, brass and bronze. The particularly fine and precisely chiseled brass inlays are decorated with flowers, foliage and winding. The ornamental repertoire is particularly focused on the floral and natural theme featured on this cartel. The central bronze with foliage and bouquet, on the console the flowers are taken in a stylized brass heart. With the amortization of the latter are present faces of fauna or Lupercus. At the top sits a Putti. The dial with twelve enamelled cartridges with Roman numerals. The latter is signed "Saint Martin in Paris". The mechanism also signed "Saint Martin in Paris", the original wire suspension was not changed later as is the case on many eighteenth century cartels. In working order, strikes the hours and half-hours.

Other items that may interest you from: Franck Niccoletti - Méounes Antiquités


All items in the category: Antique Cartel