ORIGINAL ENGRAVING WITH A DRAWING BY CASSAS LOUISE FROM 1800 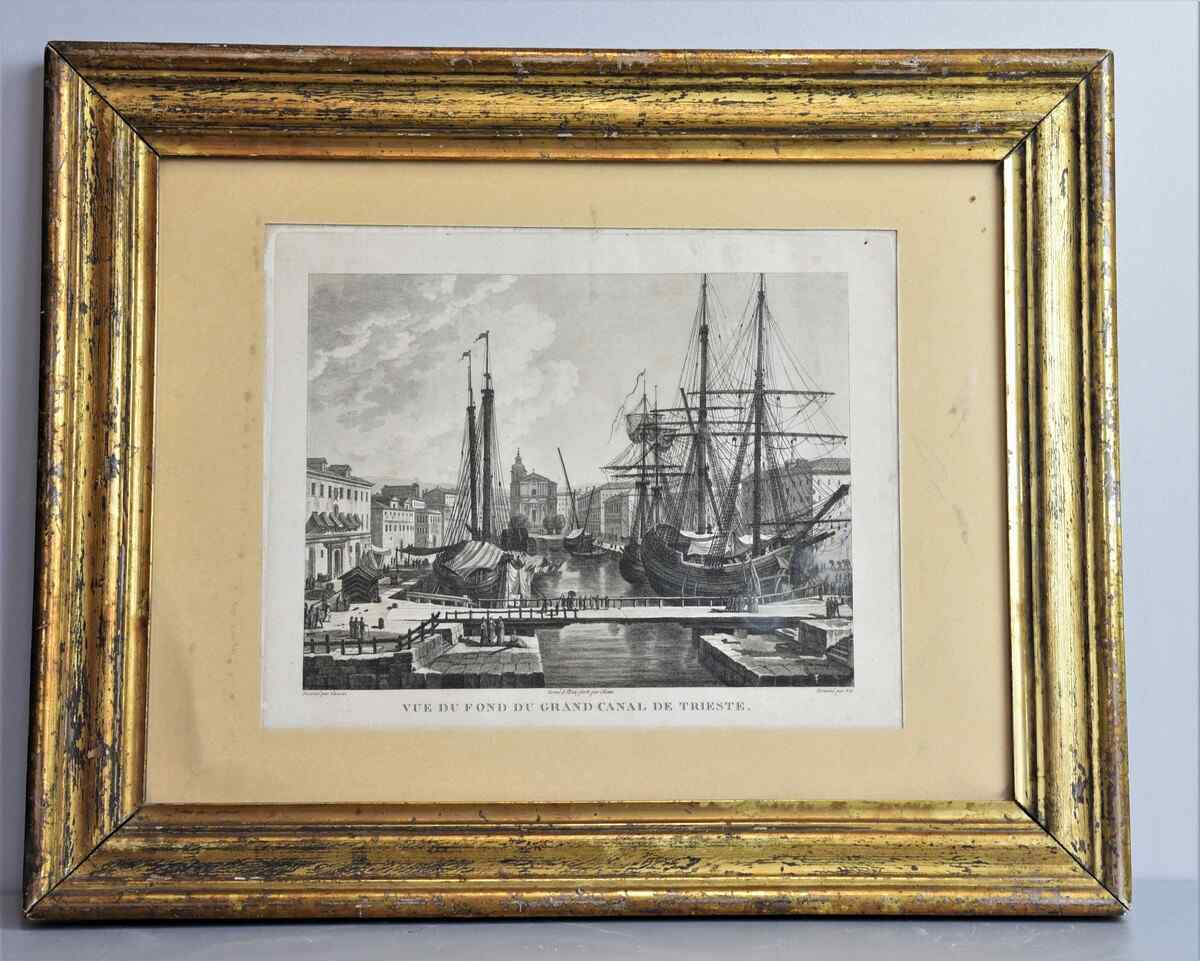 Original etching taken from "Voyage pittoresque et historique de l'Istrie et Dalmatie" in copper based on a design by Cassas Louis Francoise printed in Paris in 1802 LOUIS-FRANÇOIS CASSAS (3 JUNE 1756 - 1 NOVEMBER 1827) WAS AN ILLUSTER LANDSCAPE, SCULPTOR, FRENCH ARCHITECT, ARCHAEOLOGIST AND ANTIQUARIUS BORN IN AZAY-LE-FERRON, IN THE FRENCH INDRE DEPARTMENT. HIS FATHER WAS A CRAFTSMAN IN THE OFFICE OF "PONTS ET CHAUSSÉS", AND CASSAS FOLLOWED HIM AS A DRAWING APPRENTICE WHEN HE WAS ONLY FIFTEEN. As the godson of the Marquis Louis-François de Gallifet, owner of the Château d'Azay-le-Ferron, where Cassas was born, his artistic training was very eclectic. He studied in Tours and Paris before going to Rome. His teachers included Joseph-Marie Vien (1716-1809), a neoclassical painter and teacher of Jacques-Louis David (1748-1825), Louis Jean François Lagrenée the younger (1739-1821), as well as Roccoco painters such as Jean-Baptiste Le Prince (1734–1781). In 1778 Cassas went to Rome, Venice, Naples and Sicily where he spent the first years of his youth in the study of ancient monuments. A commission of "une societe d'amateurs des beaux arts" in 1782 brought him from Istria to southern Dalmatia, to make a series of illustrations of the antiquities on the east coast of the Adriatic. These drawings were later published as etchings and reproduced in 69 copper prints in his two-volume book Voyage pittoresque et historique de l'Istrie et de la Damatie, published in Paris in 1802. The original watercolors are in the Victoria and Albert Museum in London .


All items in the category: Stamps - Engravings