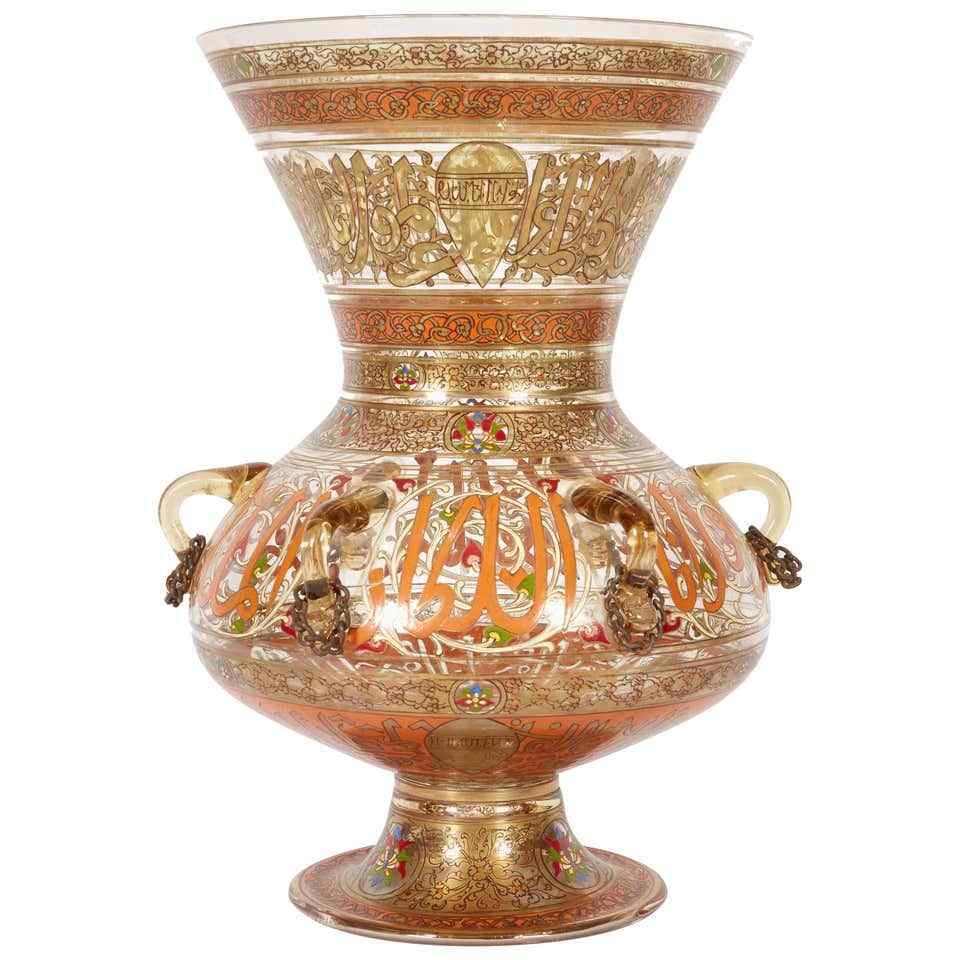 A rare French enameled Mamluk Revival (Islamic) glass mosque lamp / lantern by Philippe-Joseph Brocard, late 19th century. Measures: 14" high x 11" wide Signed Brocard Paris. Excellent condition. Blown of orange-gilt glass, of characteristic form with six loop handles around the body, with original metal chains, decorated in blue, red, green, and white and orange enamels with gilt, the neck decorated with roundels containing scrolling palmettes and interspersed with calligraphic cartouches, the body with swirling and intertwining foliate scrolls, with Arabic calligraphy throughout. Philippe-Joseph Brocard, a 19th century glass maker, was greatly inspired by thirteenth/fourteenth-century enamelled glass mosque lamps from Mamluk Egypt and Syria which he saw on display at the Musée de Cluny in Paris. He mastered early Mamluk techniques such as using firm, colourful enamels to decorate his glass models and exhibited some of his pieces at the Exposition Universelle of 1867 in Paris. Now, a number of Brocard's own creations are housed in museums and collections around the world, including the British Museum (inv. no. M&ME 1902,11-18,1), the Victoria and Albert Museum (inv. no. 71-1890), and the Corning Museum of Glass (inv. no. 78.3.16).


All items in the category: Ancient lantern