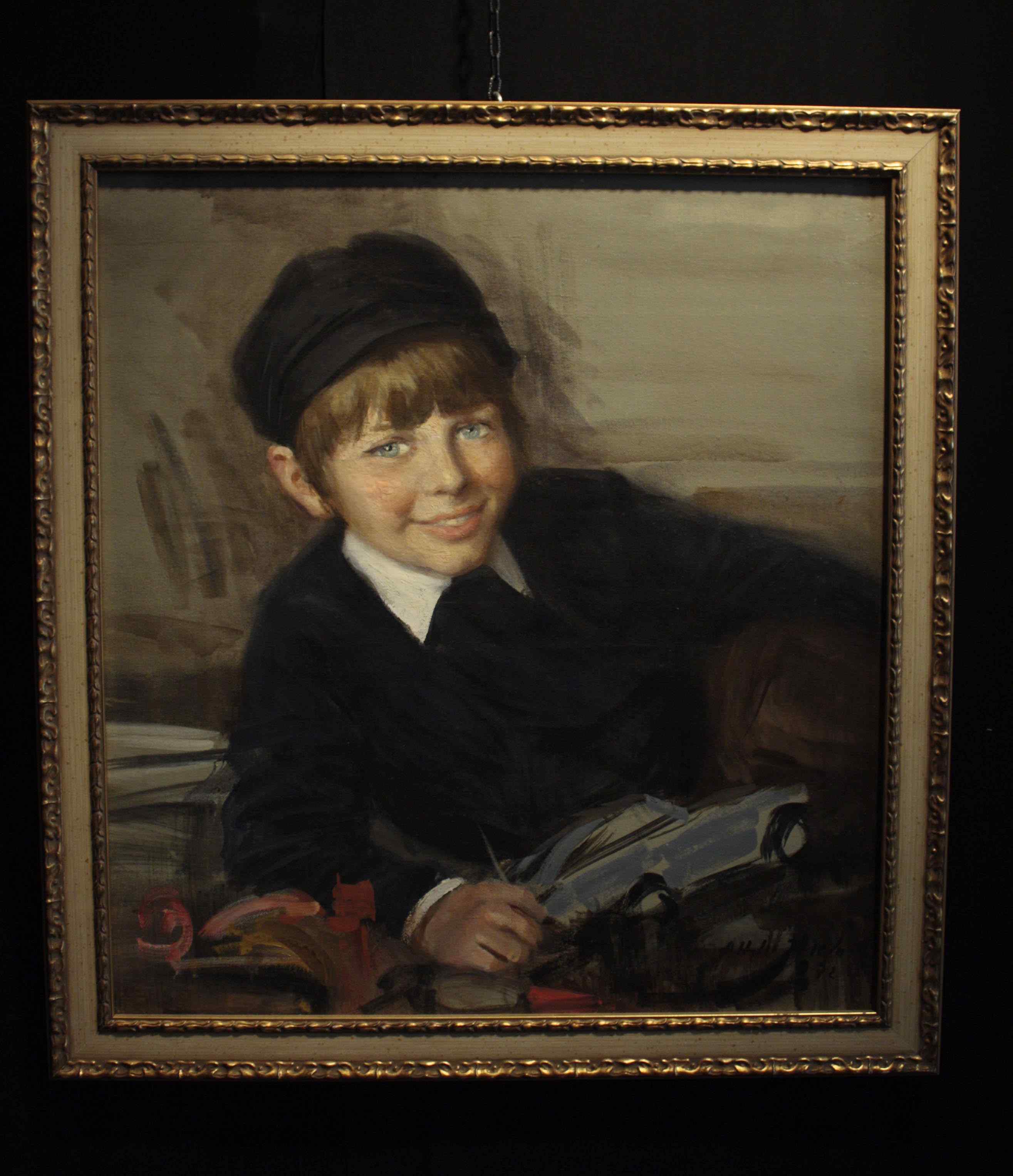 Portrait of baby playing with new car.
Attilio Melo ( Padova 1917 - Milano 2011)
Oil on canvas
Measurements: height cm 65; Width cm 60
Signed and dated 1972
Born in Padua has always lived and worked in Milan. She attended Brera's school. Parlanti and Carpi's pupil followed the nineteenth-century tradition by studying in particular the Impressionists. Attilio Melo has also set himself in the international field as a portraitist of famous figures and beautiful women (Arturo Toscanini, De Gasperi, Princess Pignatelli D'Aragona, Gronchi etc.). It has also devoted itself to the landscape in which the human figure is excluded or reduced to tiny color spots. The protagonists are lawns, palaces, rivers or the sea and the technique changes with respect to the portrait, it becomes more free and more varied. His works include the Presidency of the Republic, the Supreme Court of Cassation in Rome, the Post and Telecommunication Museum of Rome, the American Embassy in Rome, the Don Strurzo Institute in Rome, the Quadreria dell'Ospedale Maggiore in Milan, Museum of Science and Technology in Milan.